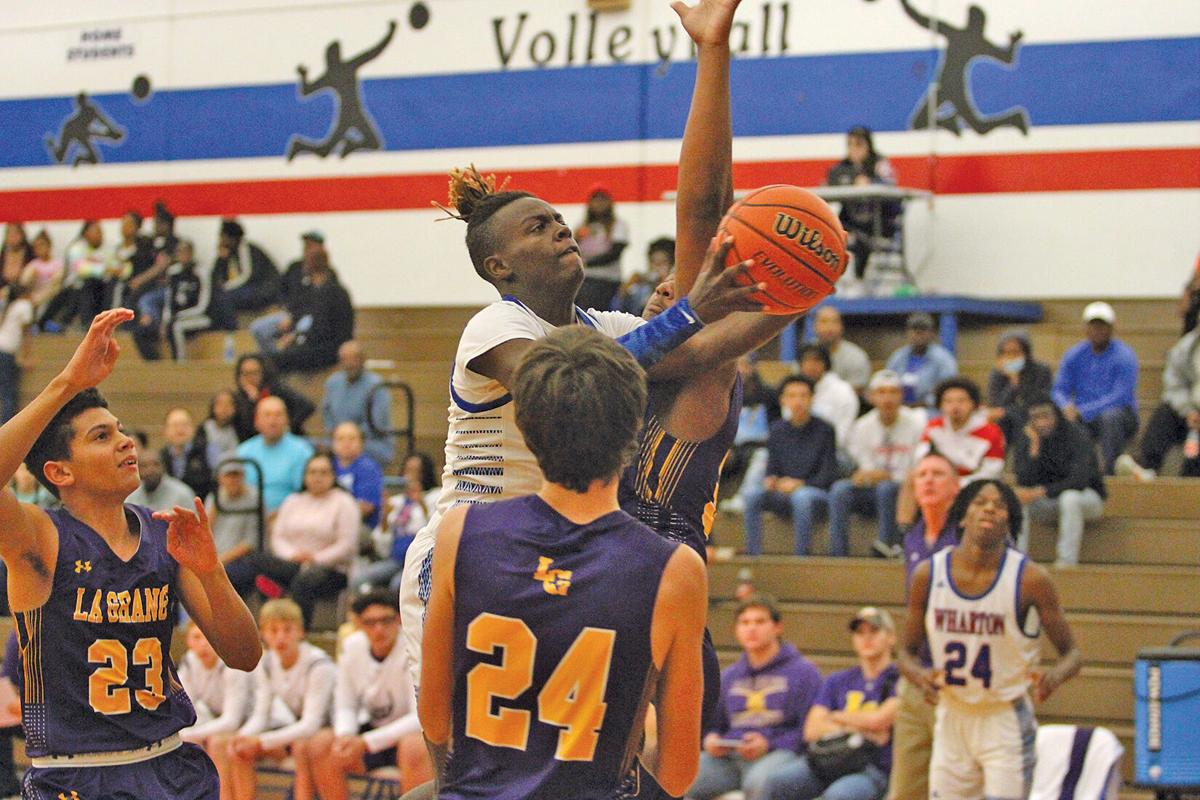 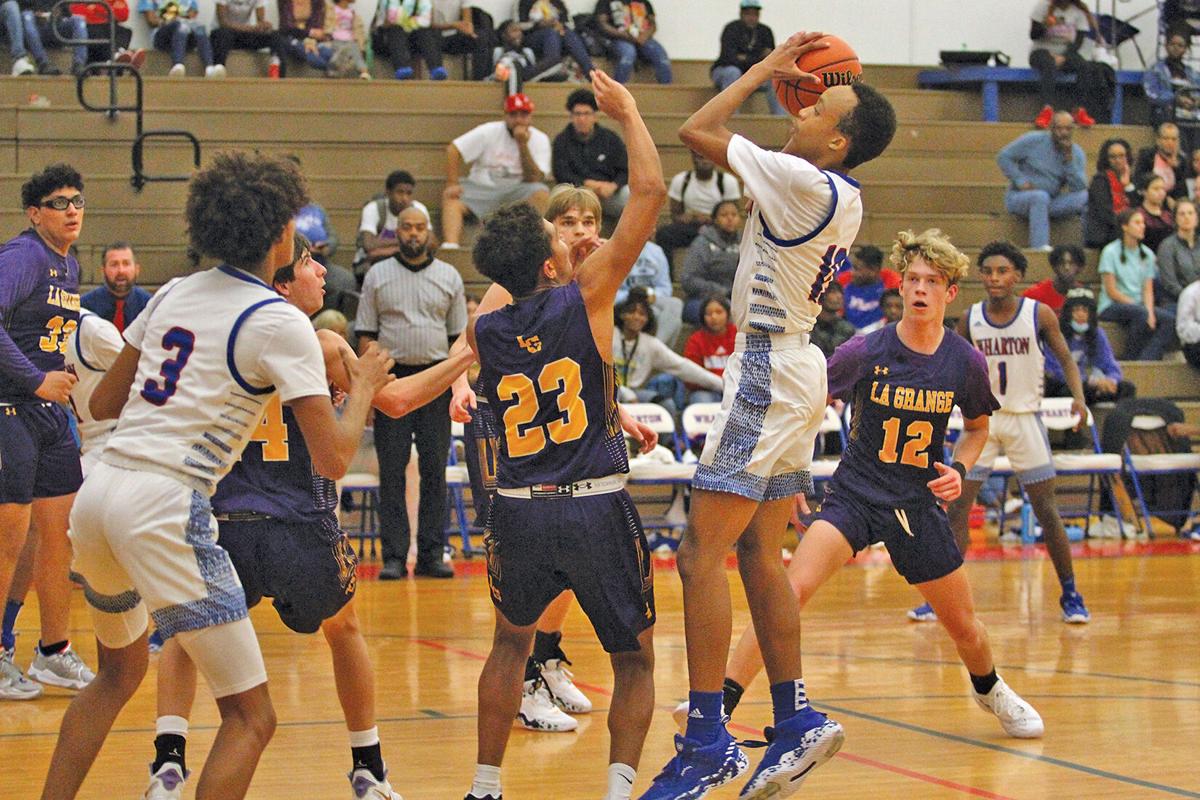 However, they aren’t treading water. The varsity basketball team is staving off an understandable down year. The Runnin’ Tigers (5-3) split the Needville tournament with two losses and two wins.

“We try and develop our freshmen and junior varsity,” Wharton coach Calvin King said. “Last year, our freshmen lost one game, our JV lost three games. We’re playing high-level ball at every level. We’re trying to be as competitive as we can possibly be throughout the entire length of our program.”

The freshman team last year managed to lose one game, despite playing most of their games with only five players.

In addition to the nine seniors graduating, the district co-newcomer of the year, Jerrell Barron Jr., did not return, moving out of the district.

Wharton has three seniors this season but the majority of the team is learning how to play with each other on the fly. Senior forward Sonny Smith spent some time on varsity last year, but Runnin’ Tiger junior point guard Raymond Hudson lll is the only player who got heavy varsity minutes last season.

“We don’t have the one true guy who is going to go out and score 30-40 points a game,” King said. “We’ve got a bunch of guys (that) you don’t really know who’s going to be the high scorer. If we can be well rounded and get a bunch of scoring from multiple (players) we’re going to be hard to beat.”

The Runnin’ Tigers are going to press, trap and run up and down the floor. While Wharton is still trying to find themselves on the court they are getting to see a lot of different styles of basketball before they make it to district play in January.

Before playing in the Needville tournament over the weekend, Wharton defeated La Grange who made it two rounds deep in the playoffs last season.

Of Wharton’s three losses this year, two have been to higher classifications, Victoria East (5A) and to Spring Woods (6A).

The Runnin’ Tigers at the Needville tournament this past week went 2-2 with wins over Van Vleck and Caney Creek (5A).

During the tournament, they had different players step up in each game, with sophomores, C.J. Scott and JaKorian Baldridge and juniors Edward Sanders and Hudson getting double-digit scoring.

Wharton this week will take part in the Devine Tourney Thursday through Saturday.