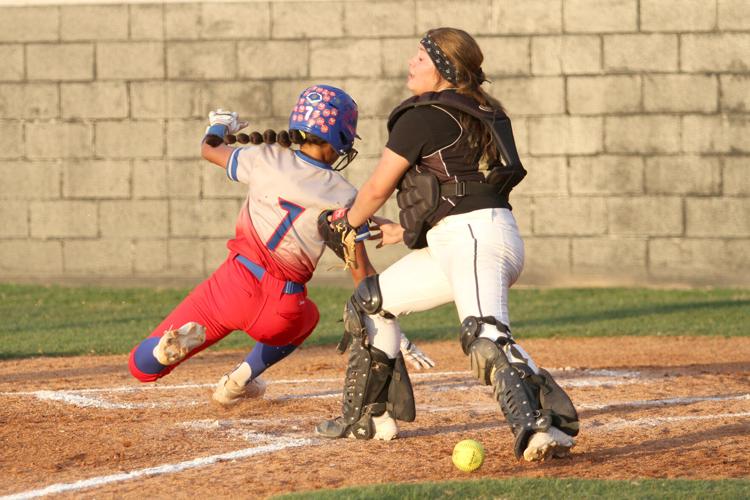 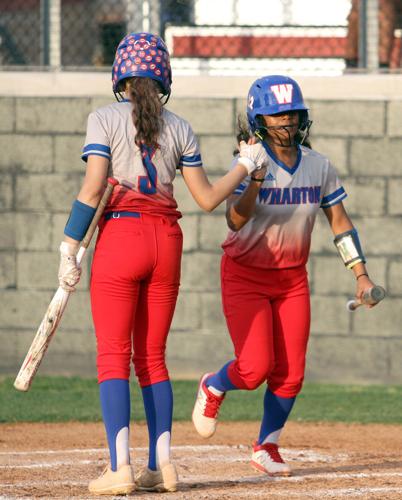 The Lady Tiger offense had no problem in the bi-district game.

The night started off with an inside-the-park home run from Lady Tiger lead-off hitter sophomore Sinayah Martinez and Wharton kept on piling on offense.

The Lady Bulldogs couldn’t stop Wharton, recording one out through a pop up on the infield. The other five outs came from Wharton players stepping off the base paths keeping them from scoring even more runs.

Lady Tiger juniors Diamond Sedillo and Sienna Owens shut down the Lady Bulldogs striking out all but one batter.

After the three-inning run-rule threshold was reached, North Forrest re-took the field, wanting to continue playing through five innings. After a short discussion between the coaches and umpires, play resumed. With the Lady Tigers batting, North Forrest threw a couple of extra pitches into the top of the fourth, but the HISD athletic director overruled the North Forrest coach and ended the game.

The Lady Tigers in the next round will see Bridge City, the District 22 champion. Bridge City beat Hardin-Jefferson in two games on Thursday night moving them to the area round.

“We just have to re-focus and really think about some of the teams we played in the preseason who were tough,” Lady Tiger coach Kelli Treybig said. “We had a tough preseason and that was to prepare us for next week.”