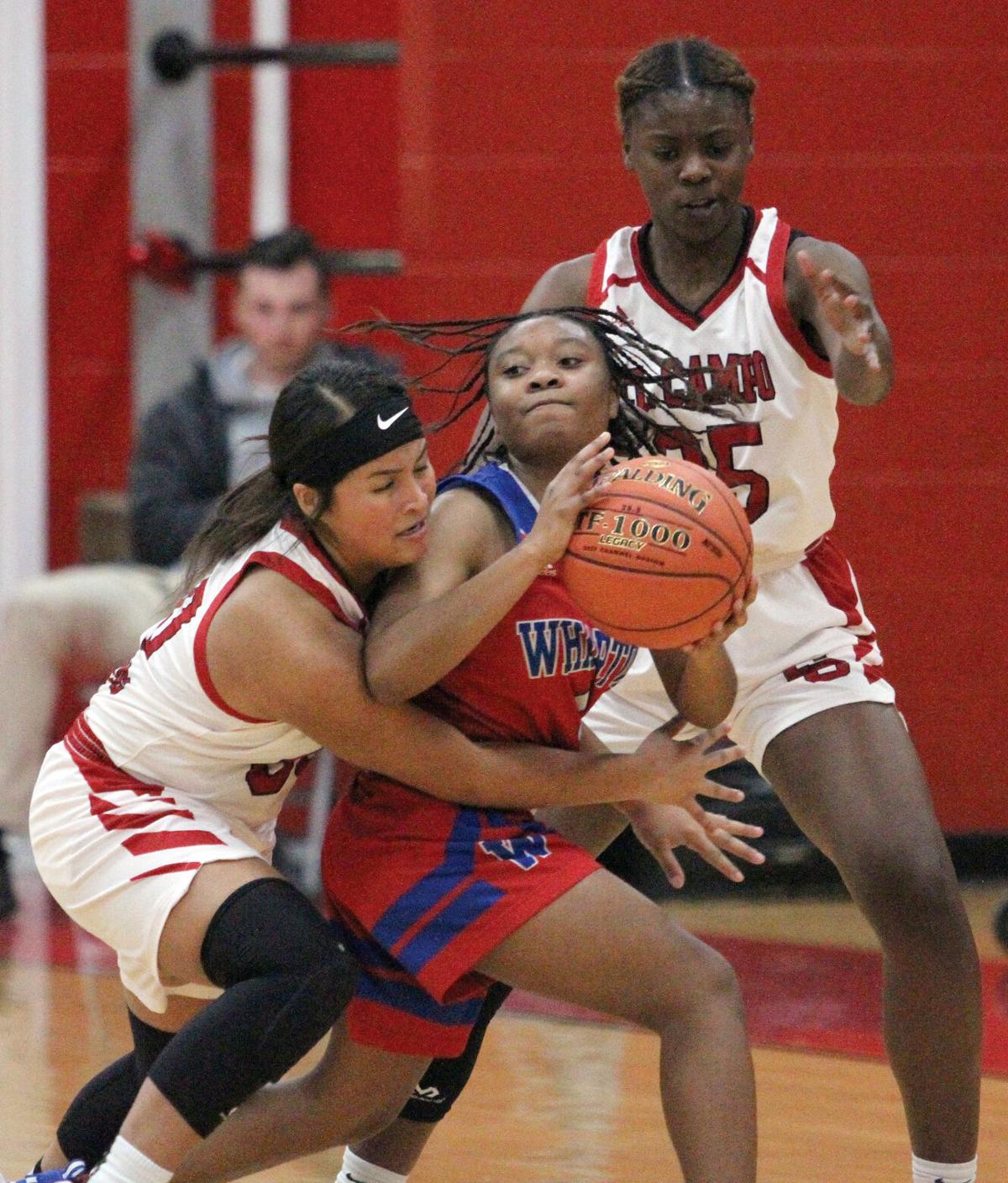 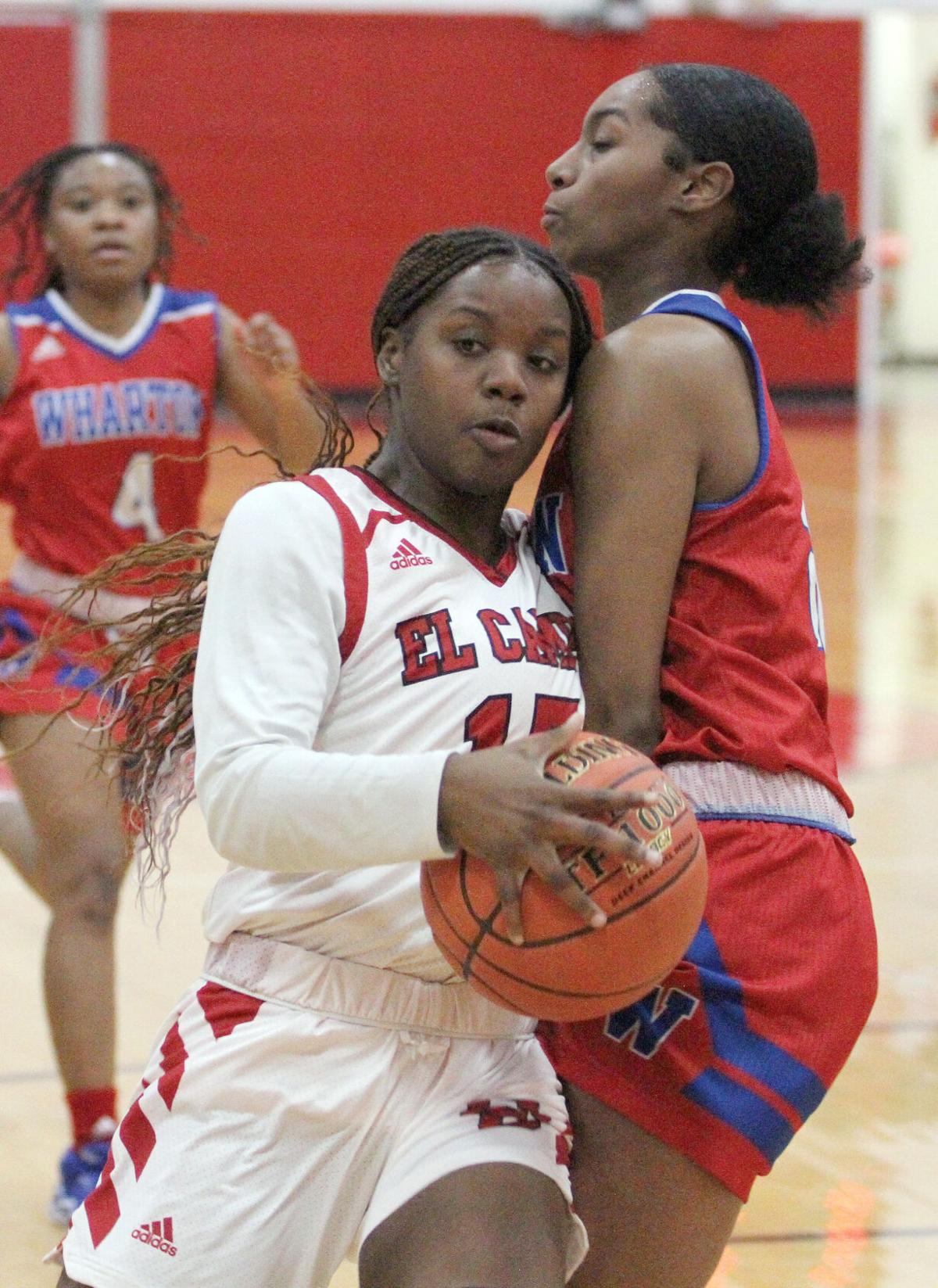 Wharton freshman J’Honesty Smith squares her body up to take a charge from an El Campo guard at Ricebird Gym Tuesday night. 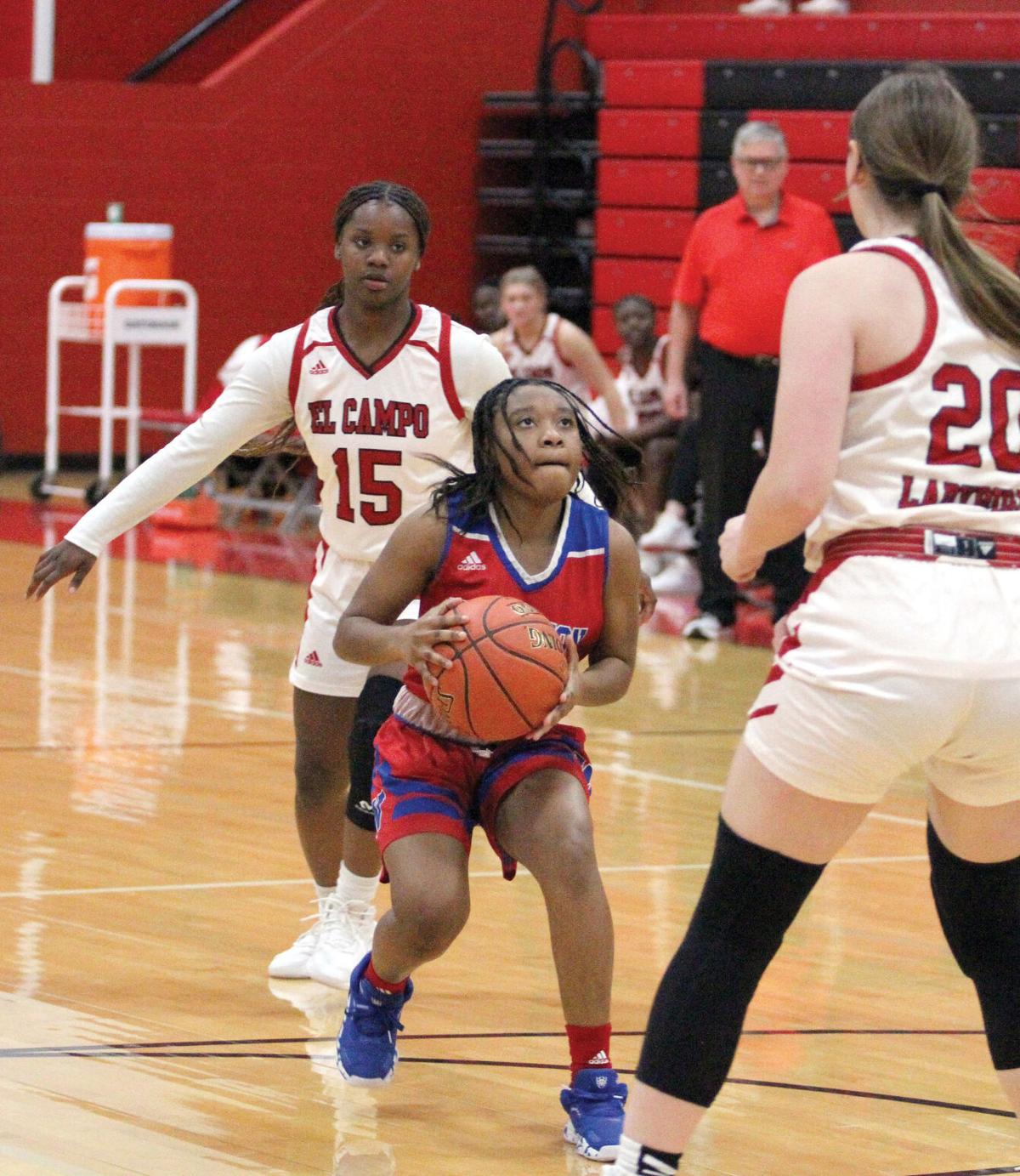 Wharton sophomore Angel Hargrove stops in front of an El Campo defender and puts up a short jumper at Ricebird Gym Tuesday night.

Wharton freshman J’Honesty Smith squares her body up to take a charge from an El Campo guard at Ricebird Gym Tuesday night.

Wharton sophomore Angel Hargrove stops in front of an El Campo defender and puts up a short jumper at Ricebird Gym Tuesday night.

The El Campo Ladybirds took advantage of Wharton Lady Tiger turnovers to help them pick up their first district win of the season at Ricebird Gym Tuesday night.

Wharton was held to fewer than 10 points in all but the fourth quarter as the Ladybirds won 48-32.

Both teams started the night sluggish with El Campo taking an 8-4 lead into the second quarter.

The Lady Tigers started the second strong with a 6-0 run to pull ahead of El Campo.

El Campo’s defense picked up getting back-to-back steals and layups from guards, junior Melanie Nunez and Bradejah Bradshaw retaking the lead 12-10. The pair followed with another set of layups wiping away Wharton’s run with one of their own.

Nunez left late in the second quarter with an injury and did not return.

Wharton, trailing 10 points in the third, got a short jumper from Angel Hargrove. El Campo senior Abbie Stehling answered with a layup to give the Ladybirds another 10-point lead.

After a Wharton turnover, Ladybird junior Shaylee Vaclavick hit a short jumper as El Campo started to pull away.

Bradshaw started heating up, getting back-to-back layups, one coming from her defense getting a steal. She finished with a game-high 22 points, 17 coming in the second half.

Wharton went on a short seven-two run fueled by Sinahyah Martinez connecting on a short jumper and a three-pointer, pulling them within 10 points.

El Campo closed the quarter on a 5-0, two points coming off an assist from Stehling to Bradshaw who scooped the ball in for a layup.

Lady Tiger J’Honesty Smith opened the fourth quarter with a layup getting them within 13 points. But four straight turnovers and Bradshaw going on a personal 7-0 run gave El Campo a 20-point lead early in the fourth, ending any hope of Wharton stealing their first district win.

Wharton boys and girls will play Brookshire Royal on the road Tuesday.

El Campo boys and girls will play Navasota on the road Tuesday.