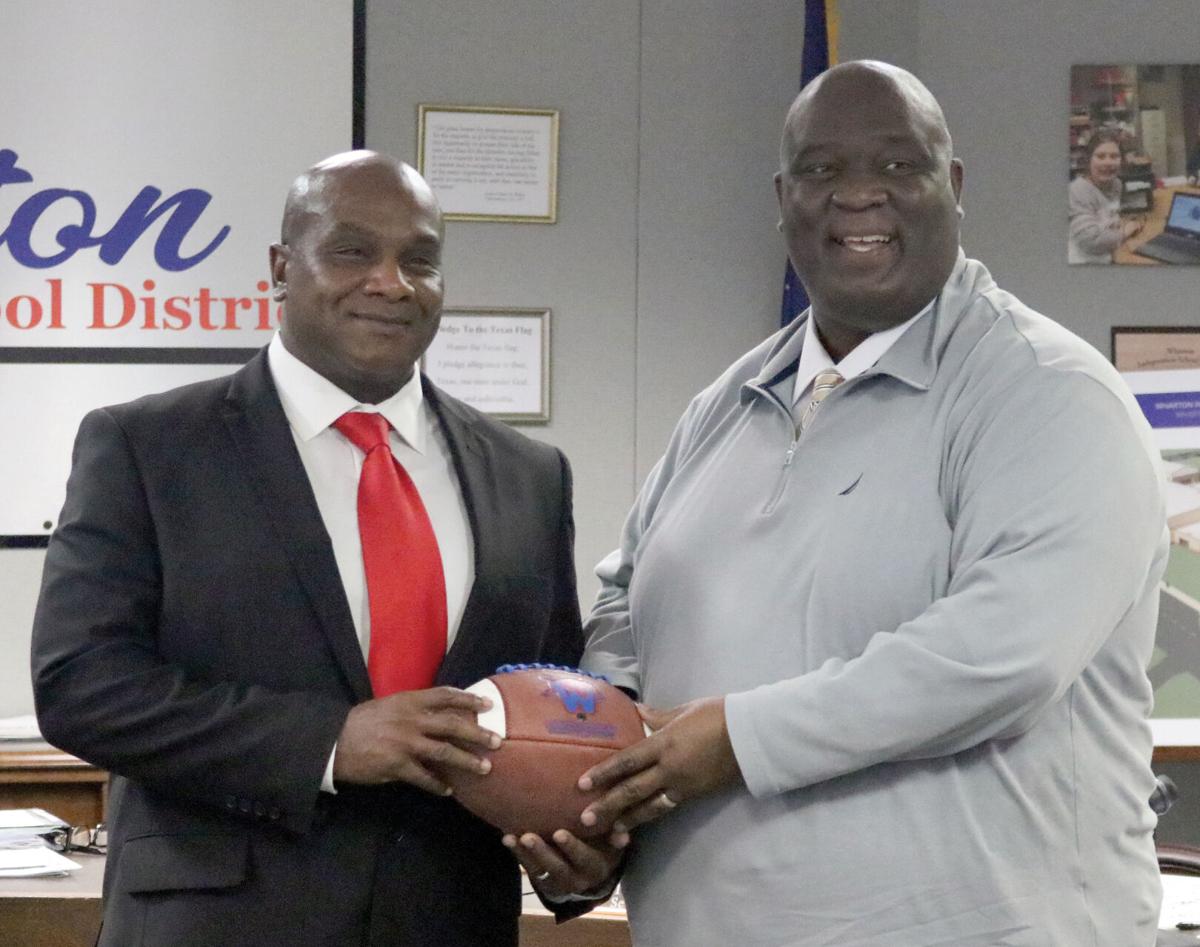 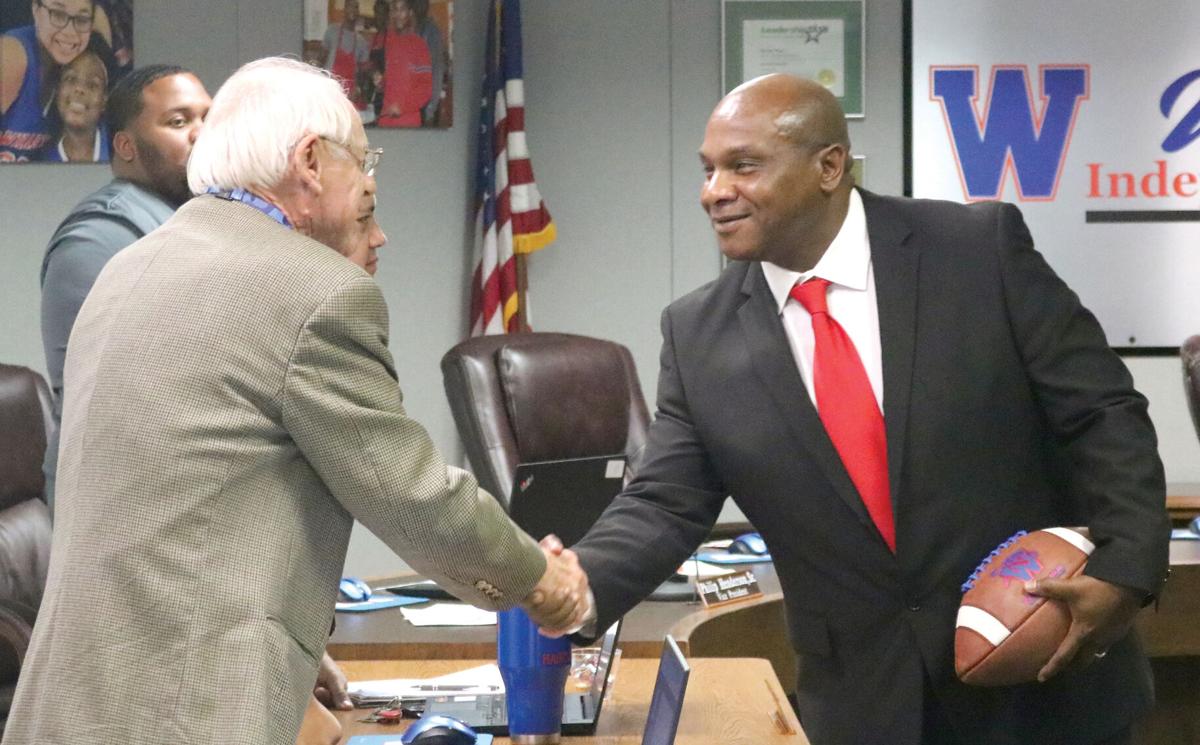 Alvin Dotson II, right, shakes hands with Wharton ISD Trustee Sherrell Speer after he was hired by the board as the new athletic director and head football coach at Thursday’s regular board meeting.

Alvin Dotson II, right, shakes hands with Wharton ISD Trustee Sherrell Speer after he was hired by the board as the new athletic director and head football coach at Thursday’s regular board meeting.

“This is a dream job come true,” he said after the WISD Board of Trustees announced his hiring at Thursday night’s meeting.

Dotson has been teaching and coaching for 22 years. In Wharton, he will be focused on athletics and will not be teaching classes. Previously he has taught physical education, special needs students, and English. He is a graduate of Prairie View A&M University, where he has a bachelor’s degree in health and a master’s degree in education administration.

Dotson takes over a football program that hasn’t won a game since 2019 and had its last winning season when it placed first in the district in 2018. He replaces Chad Butler, who resigned after holding the job four years.

“I’m gonna take the time to come in and kind of evaluate and assess how things have been operating with the discipline of the athletes,” he said in an interview with the Journal-Spectator. “I have some good ideas that I want to put in place, but I’m gonna evaluate and assess the situation first, before I do that. My start day is Jan. 3. I will come in and start evaluating and taking notes, getting feedback from the administrators and the superintendent.”

Discipline has been a hot topic in Wharton this year after three players were arrested after hitting an assistant coach during halftime of a game this season.

Dotson said he is excited about getting his first head coaching position.

“It just gives me an opportunity to change lives on a bigger spectrum,” he said. “I tell people all the time when you’re an assistant football coach you, you do have a lot of responsibility to change the lives, but when you become the head coach, I mean, an athletic director, you can put policies in place that can not only teach them about athletics, but teach them about care, to teach them about discipline – some of the things I think are the cornerstone of having a good, successful life.”

He said when he finally meets the athletes in WISD he will teach them from a pyramid style, with a foundation of discipline, character and integrity and building up to winning at the top.

“I’m gonna focus on the main thing, and that’s the students of Wharton ISD,” he said. “I believe wholeheartedly that if you focus on discipline and character, and how to treat people with respect, loving your community, that the winning will take care of itself.

“My goal is to put athletic teams on the field that that the community can be proud of, but also teaching them hard life lessons through athletics. Everybody comes to the games on Fridays and Saturday nights and they want to see the win but the kids have got to be trained throughout the week on how to win, you know, showing up to class on time, doing all the small things right.

“When I was younger, my dad used to say you do all the small things right the big things to take care of themselves. And I'll talk about smaller things, talking about being disciplined, showing up to class on time, having integrity in everything that you do, and building that character. I think that that's the only way you get kids that foundation, that’s a good way to turn things around,” he said.

Dotson has been married to his wife, Alanna, for 19 years. They have three daughters and they plan to move to Wharton after the youngest, a senior in high school, graduates this spring.