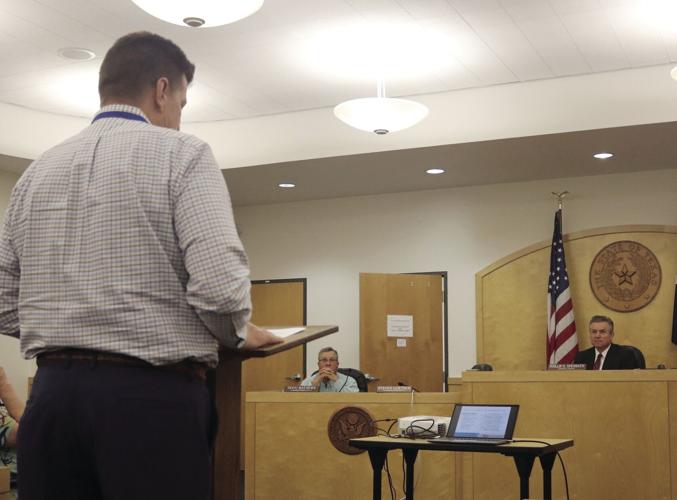 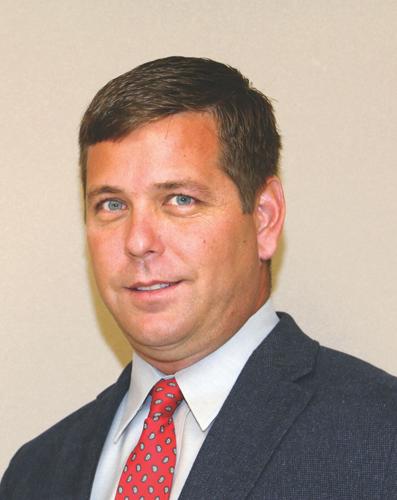 Wharton County is preparing to offer an economic development tax abatement package to help attract a refinery to El Campo.

The Wharton County commissioners met in a special session Thursday to discuss potential tax abatements and other incentives to help bring Southern Rock Energy Partnership to the county. The meeting began with public comment and then went into an executive session with company officials.

“After closed session ended, the court returned to open session and unanimously voted to authorize our county attorney to take the initial step of negotiating a tax incentive agreement between Wharton County and Southern Rock Energy Partnership,” County Judge Phillip Spenrath said in a statement afterward.

At the start of the meeting, Precinct 3 Commissioner Steven Goetsch recused himself and left.

“I have consulted with the county attorney and on his advice, I’m recusing myself from any negotiations or discussions regarding this project,” he said. “The location of this project could pose a potential financial conflict of interest for my family and me. It is imperative that any decision made by this court reflect the best interest of the entire county, not that of any individual. Therefore, I’m recusing myself from this matter.”

Everyone who spoke at the meeting was in favor of the tax incentive for Southern Rock Energy.

“This project has the potential to significantly increase our local tax base here in the county, which is much needed today,” Spenrath said. “As homeowners today, like you and me, we’re bearing the brunt of paying for our schools, our emergency responders, our streets and drainage. And so if this happens, if this comes into fruition, this project could be the largest taxpayer in Wharton County. And I’m all for letting them take over paying a good chunk of the funding of these projects, the services that are most needed.”

Spenrath and members of the public were largely reacting to information that appeared in the Wharton Journal-Spectator and the El Campo Leader-News. That story said Southern Rock Energy plans to build a $3 billion clean energy refinery that would create more than 400 high-paying jobs. The company is headed by former El Campo City Councilmember Steve Ward. On his LinkedIn site for the company, he says, “Southern Rock Energy Partners believes Net Zero Carbon Emissions is achievable while maintaining and advancing the hydrocarbon industry. Sustainability through responsibility with adaptability.

“Southern Rock Energy Partners was established in 2017 to develop assets in the midstream and downstream hydrocarbon industry. Assets include processing, storage, distribution facilities and pipelines. SREP participates in real estate development of truck, rail, and marine facilities, terminals, and services.”

Although the proposed refinery would be in the El Campo Independent School District, most of the speakers were from neighboring Louise ISD. First up was Garth Oliver, superintendent of the Louise ISD.

“Judge, I’d like to just ditto absolutely everything you said. I just ripped up my speech as a result of hearing yours. It’s exactly perfectly in line with everything that I think that we support. I do not speak for the Louise ISD school board. But I have a letter of support written here by one of the school board members. I think another school board member sent y’all an email,” he said before reading the letter from Chris Foss.

“And I was in the midst Bible study this morning … and there was a buzz in the in the room that follows,” Oliver said. “And I know we’re discussing some good Jesus topics, but we’re also discussing political things as well. And everybody was really excited about hearing about what was printed in the newspaper regarding this project. We went to breakfast afterward, and it was still buzzing, and there were men there that were very excited. I didn’t hear a single negative. Since this project has become public, I haven't heard a single negative word spoken about it,” he said.

“I’m here to speak in support of the project,” he said. “I want to let you know that El Campo City Council recently voted seven to nothing is support this project by means of agreeing not to annex it into the city limits for the next 25 years. Also, the city development corporation voted unanimously to commit $5 million in support for input infrastructure and job creation centers.”

Larry Dye, a Sweeney native who now resides near Louise, said he is a former refinery worker and fully supports the project. He did, however, have words of caution for the commissioners.

“This is going to change community you know, and I’m not saying for the worse,” he said. “Just keep that in mind. Keep this community the way it is. That’s why I love it here.”

“But my big thing is what he also brought up is the time that we have, a window that is getting smaller,” he said. “The time to make the decision to get this project going, probably sits on the influence of you guys sitting in front of me. You know, if there’s a roadblock …we need to get it straightened out. Because it’s just a stop that doesn’t need to happen.”

“We’ve been working with these folks for several years now. And we are in competition with other cities for this project,” she said. “And I encourage you to move with all expediency, because if we delay and they’ve come up with their offers, that kind of takes us off the table.”

El Campo resident Brian Peterson asked the commissioners to consider what the project means to the children and the jobs they may have when they finish school.

Judge Spenrath said he wants the process to be as open and public as possible and wants all voices to be heard.

“I urge the public to please contact your commissioners and let them know how you feel about these potential new jobs and to what extent should the county consider offering tax abatements and other incentives to bring Southern Rock Energy to Wharton County,” he said in his statement.