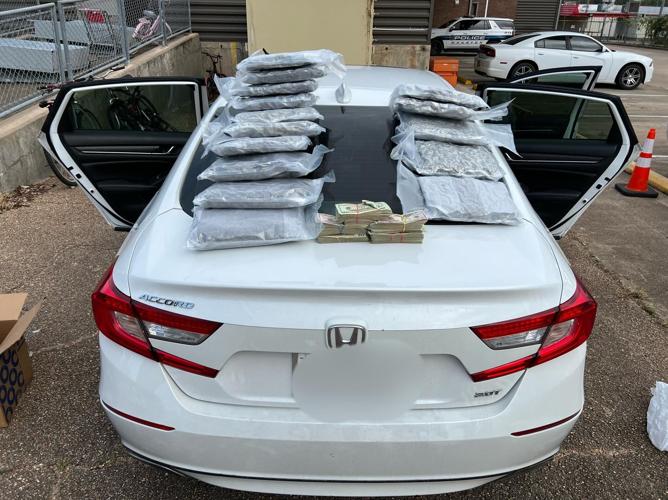 This car, drugs, and cash were among the items seized by the Wharton Police Department during its Highway Interdiction Task Force effort last week. 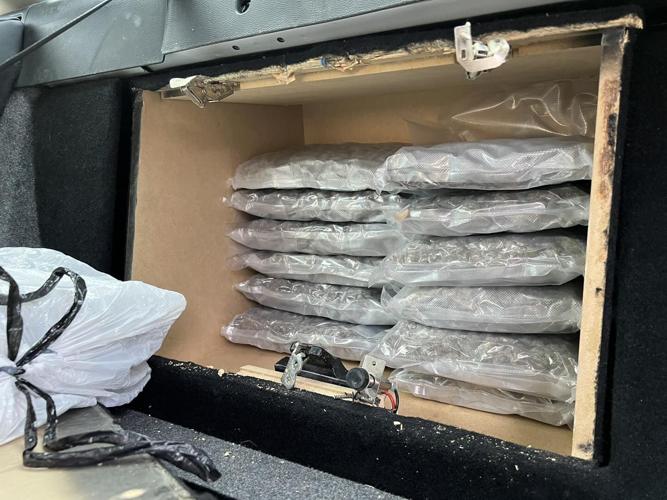 Drugs hidden in the bed of a truck were among the many illegal items seized by the Wharton Police Department during its Highway Interdiction Task Force effort last week.

This car, drugs, and cash were among the items seized by the Wharton Police Department during its Highway Interdiction Task Force effort last week.

Drugs hidden in the bed of a truck were among the many illegal items seized by the Wharton Police Department during its Highway Interdiction Task Force effort last week.

If local residents noticed an increased law enforcement presence in the past few days, they’re not imagining things.

• 17 firearms seized that were utilized in criminal activity (2 stolen)

Davis reported to Srubar and Janica that investigations of the crimes led the taskforce to Houston where they executed search and arrests warrants leading to firearms, more drugs, and three felony arrests for those directly responsible for smuggling crimes in the area. Davis said the OLS Task Force was formed to be a collaborative effort to assist member agencies fighting against transnational criminal cartels and their operatives.

Goliad Sheriff Roy Boyd, who founded the taskforce, said it was a success.

“There are a lot of self-claimed experts talking in front of the media about the border crisis, but thanks to OLS grant funding, the taskforce is sending a clear message that this criminal activity will not be tolerated in our member counties,” he said.

“The task force was a huge success because of the force multipliers,” Srubar said. ”There were over a dozen agencies coming together to interdict the evil and poison that is coming from our southern border. I would like to thank the Governor’s Office for their support in grant funding to make operations like this possible. I would also like to thank the Rustic Chandelier for the use of their facility. I would like to thank those that helped feed the officers during this task force, as they do not want their names mentioned, but please know we appreciate you.”

With the aid of officers throughout the state, the Wharton Police Department was able to conduct 298 traffic stops (all on Highway 59 and within city limits from Wharton Regional Airport to FM 1161).

Those stops yielded 23 pounds of cocaine (roughly 10.45 kilos), 10 pounds of methamphetamine, and 16 pounds of marijuana.

Additionally, the department seized three vehicles used to run the drugs into the country, along with $24,560 in cash that fuel the drug/ human smuggling trade.

“Wharton PD, along with additional units with our Wharton Police Task Force, became engaged in one pursuit during our operation, and after the operation concluded on Friday of last week, we’re happy to report that all of our officers and partner officers went home safely (while two bad guys/gals did not). They went to jail,” the department said in a press release.

The following agencies partnered in the effort: 100th District Attorney’s Office, and the sheriff’s offices of Carson, Fayette, Kendall, Guadalupe, and Kerr counties.