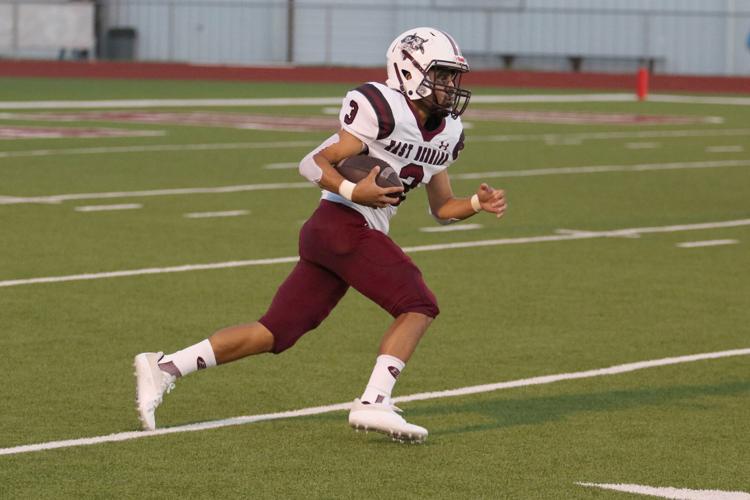 East Bernard running back Alex Henriquez (3) returns the opening kickoff during the Brahmas’ game Friday in Ganado. In the second quarter he had a 73-yard touchdown run to put the Brahmas up at half 12-7, but it wasn’t enough as the Indians came back and won 27-22. 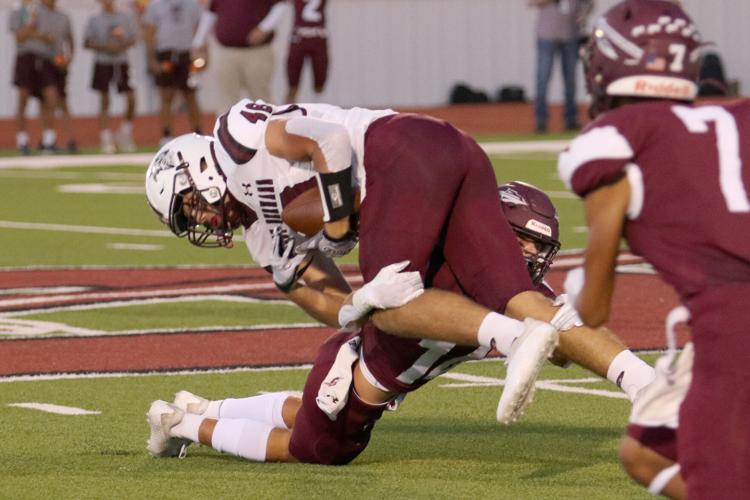 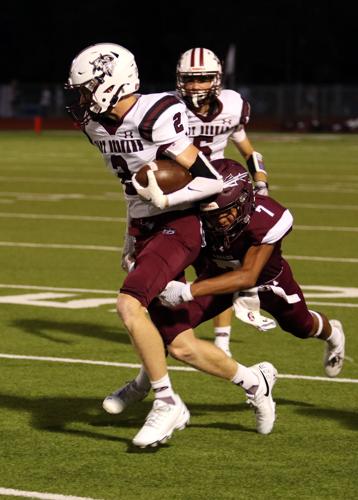 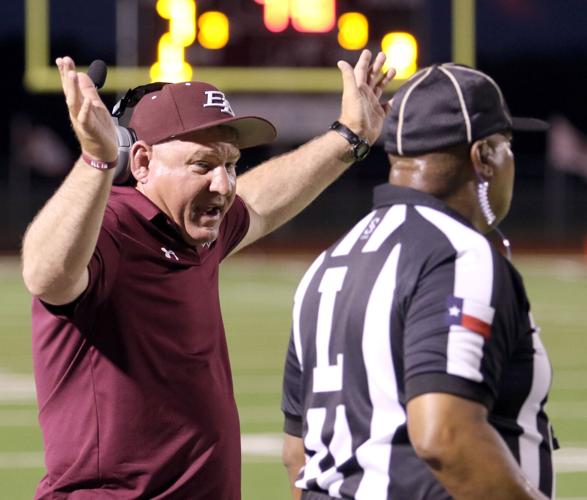 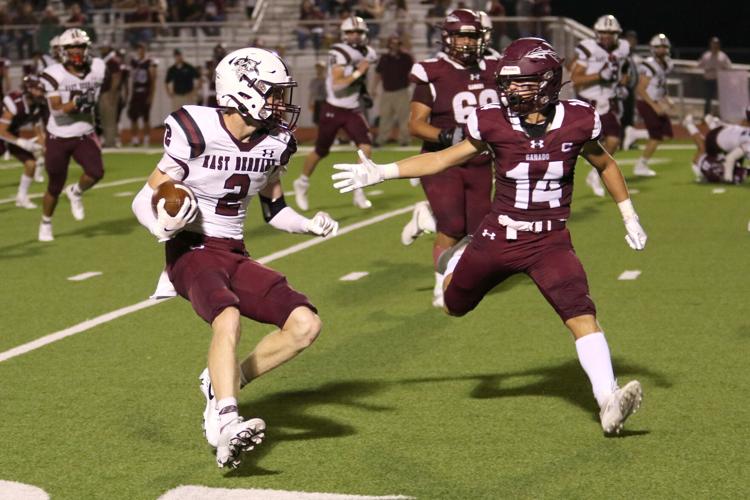 East Bernard running back Alex Henriquez (3) returns the opening kickoff during the Brahmas’ game Friday in Ganado. In the second quarter he had a 73-yard touchdown run to put the Brahmas up at half 12-7, but it wasn’t enough as the Indians came back and won 27-22.

The remedy for an 0-3 start to the football season is not a meeting with the Shiner Comanches (2-1), but that is exactly who the East Bernard Brahmas will see at home on Friday night.

Shiner ran the table last season, going 16-0 en route to their 2A-DI state championship. The Comanches are slightly more susceptible to damage this season, falling to Hallestville to open the year and escaping Poth by one point last Friday night.

The Brooks brothers took 2A by storm the past few years, helping Shiner to back-to-back state championships. This past season Doug Brooks left for Texas A&M Kingsville after graduation, and now Shiner is left with their last Brook’s brother, Dalton Brooks, a senior.

Shiner isn’t a pass-first team, but they will throw the ball from time to time. While the Brahmas will have to keep an eye on the passing game, the main focus is the Shiner stout rushing attack, led by Dalton Brooks. The senior back is tall and fast and hard to tackle. He can break away from arm tackles and beat defensive ends to the edge. East Bernard will need to gang tackle and play sound defense to keep him from getting in open space.

The Comanches are scoring 21.8 points per game less this season. The Brahmas on defense are led by sophomores Ty Domel and Tamarcus Sanders and senior Reid Morton with 67 combined tackles. After allowing 47 points in the first game, they have tightened their defense with fewer than 30 points allowed in each of the last two games.

The Brahmas offense has trended better over the last two games. Against Ganado last Friday, they ran for 100 plus yards and threw for more than 100 yards in a 27-22 loss. East Bernard junior quarterback Clayton Fajkus threw for 189 yards with fellow junior Maddox Crist catching 149 of those yards. East Bernard sophomore Alex Henriquez has been a consent threat in the run game picking up 108 yards against Ganado and leading the team with 284 yards.

Shiner’s defense is stout, in the first three games they’ve given up 11.6 points per game just slightly up from last season. Shiner returned two first two all-district players in outside linebacker Bech Bishop and defensive back Drew Wenske, both seniors.