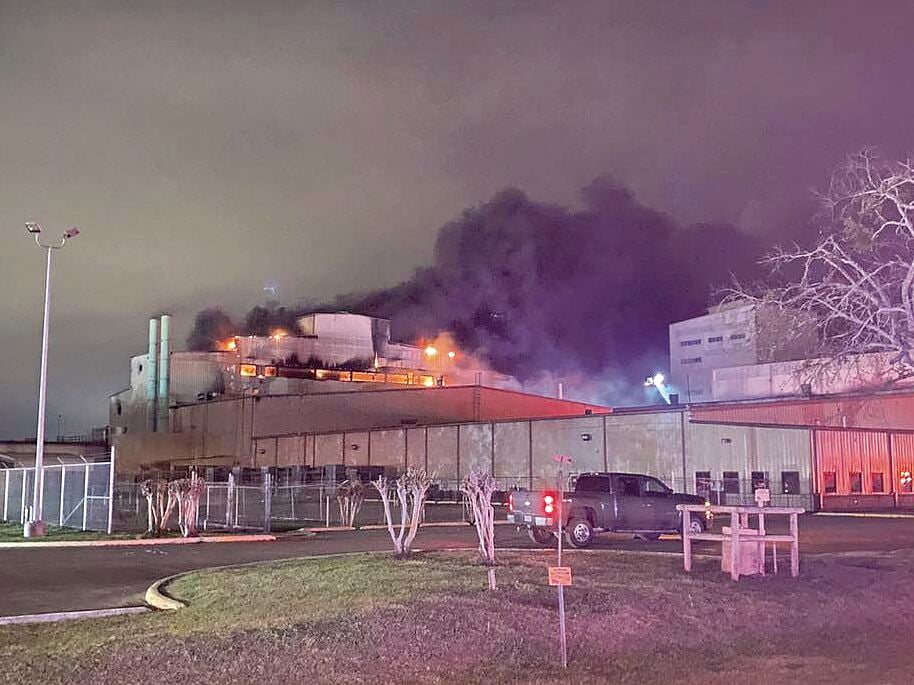 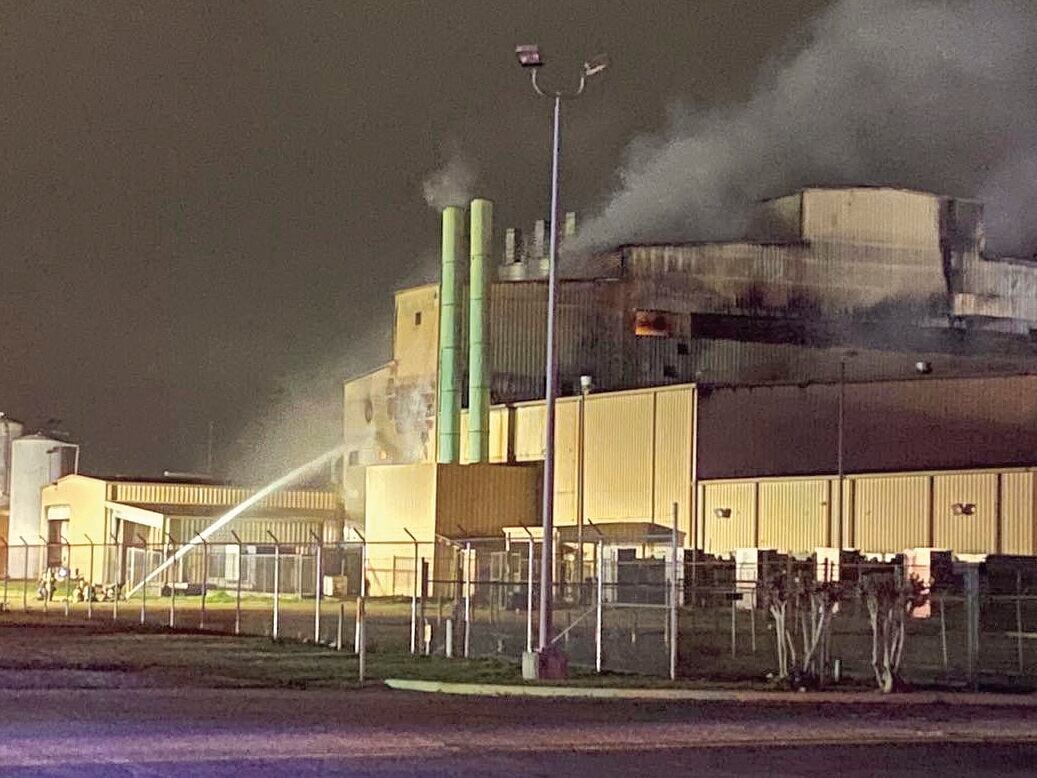 A large fire broke out Sunday evening around 7:42 p.m. at the Nan Ya Plastics plant in Wharton at Highway 59 and FM 102.

Authorities said there were no injuries and all personnel and employees are safe and accounted for.

According to Fire Chief Anthony Abbott of the Wharton Volunteer Fire Department, the fire started with a heat exchanger on the first floor.

“It started burning up from the first floor to the second floor where they store some of their PVC pellets,” Abbott said.

It then reached the third floor where flames and smoke became visible for long distances.

“We put out a call for mutual aid to El Campo, Hungerford, East Bernard and Glen Flora for more men and equipment,” Abbott said, adding that Eagle Lake provided back-up at the Wharton station.

He said the three-alarm fire was contained within three hours, followed by mop-up efforts to help cool equipment. The fire did flare up again Monday morning at 7:12 a.m. but was quickly extinguished.

“They have these bags of pellets, about 1,000 pounds each, and one of them was smoldering through the night,” Abbott said.

He said the fire was contained to one unit at the plant.

Residents were evacuated from their homes nearby on Wilkes and Mattie streets. They were allowed to return Monday morning.

Abbott estimated that about 70 firefighters and 15 units responded to the fire, along with support from the Wharton Police Department, Wharton County Sheriff’s Office, Precinct 2 Constable’s Office, Wharton County EMS and other agencies. He said there were three tower (ladder) trucks and six pumpers used on the blaze.

Abbott said any carcinogens from the fire were either contained in runoff in pits on site or were disbursed in the smoke, which was rapidly spread in high wind. He said the Texas Commission on Environmental Quality had representatives on site out of concern for potential pollutants.

He said the fire remains under investigation. Attempts to contact the company for comment were unsuccessful at press time.