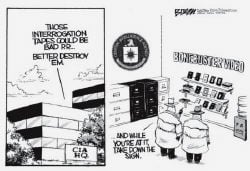 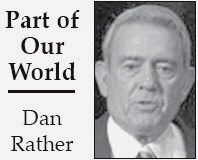 Editor's note: This is the second part of a column that first appeared in the Jan. 9 issue of the Journal-Spectator.

"A just law is a man-made code that squares with the moral law or the law of God."

Last week in anticipation of the holiday commemorating the work of Dr. Martin Luther King, I wrote the first of two columns sharing the background behind Dr. King's inspired "Letter from Birmingham Jail."

Having been jailed for disobeying a court order not to march on Good Friday, 1963, Dr. King was chastised by local white clergy in the local paper for his actions. He responded with a letter. In it he explained why he was in jail and the difference between just and unjust laws.

Criticized for being an outsider to the affairs of Birmingham, King explained:

"I am in Birmingham because injustice is here. Just as the prophets of the 8th Century B.C. left their villages and carried their 'thus saith the Lord' far beyond the boundaries of their home towns, and just as the Apostle Paul left his village of Tarsus and carried the Gospel of Jesus Christ to the far corners of the Greco-Roman world, so am I compelled to carry the gospel of freedom beyond my own home town. Like Paul, I must constantly respond to the Macedonian call for aid."

Criticized for breaking the law by violating a court order he responded:

"One may ask: 'How can you advocate breaking some laws and obeying others?' The answer lies in the fact that there are two types of laws: just and unjust. I would be the first to advocate obeying just laws. One has not only a legal but a moral responsibility to obey just laws. Conversely, one has a moral responsibility to disobey unjust laws. I would agree with St. Augustine that 'an unjust law is no law at all.'"

How, according to King, does one distinguish between a just law and an unjust law?

Dr. King appealed to a higher law than man's law to justify his actions. He knew that true liberty is rooted in our Creator, even as our Declaration of Independence so clearly states. Appealing again in 1963 to an American society still grounded in a Judeo-Christian worldview he added:

"Of course, there is nothing new about this kind of civil disobedience. It was evidenced sublimely in the refusal of Shadrach, Meshach, and Abednego to obey the laws of Nebuchadnezzar, on the ground that a higher moral law was at stake. It was practiced superbly by the early Christians, who were willing to face hungry lions and the excruciating pain of chopping blocks rather than submit to certain unjust laws of the Roman Empire."

Forty-five years later we would do well to remember his prophetic insight as he contrasted two views antithetical to his - one of complacency and the other of bitterness and hatred. Of the latter he warned:

"It is expressed in the various black nationalist groups that are springing up across the nation, the largest and best-known being Elijah Muhammad's Muslim movement. Nourished by the Negro's frustration over the continued existence of racial discrimination, this movement is made up of people who have lost faith in America, who have absolutely repudiated Christianity, and who have concluded that the white man is an incorrigible 'devil.'

"I have tried to stand between these two forces, saying that we need emulate neither the 'do-nothingism' of the complacent nor the hatred and despair of the black nationalist. For there is the more excellent way of love and nonviolent protest.

"I am grateful to God that, through the influence of the Negro church, the way of nonviolence became an integral part of our struggle."

Soberly he concluded, "If this philosophy had not emerged, by now many streets of the South would, I am convinced, be flowing with blood."

As we anticipate the holiday we would do well to remember not only that Dr. King stood up against injustice, but how he linked true justice to its roots in a higher law and how that motivated him, like his Savior, to confront injustice - not with bitterness and hatred - but with a soul saturated in a supernatural love that, by its very nature, would willingly sacrifice to accomplish a greater good.